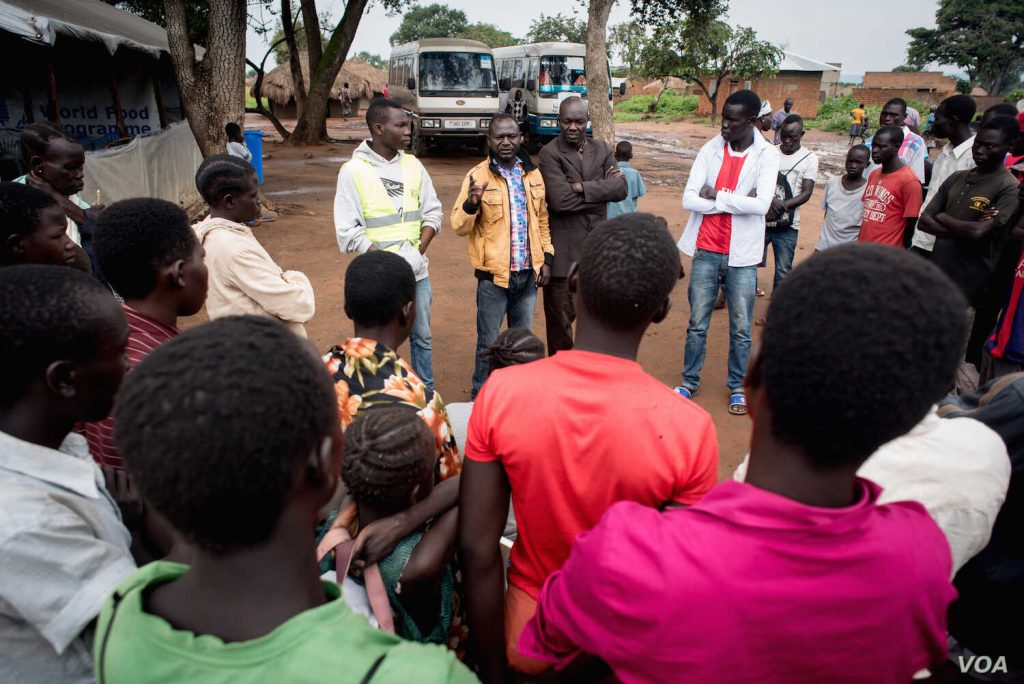 While 2020 has been a hugely difficult year for much of the world, many people in Uganda have been hit particularly hard. Like in some other African countries, the suffering caused by the coronavirus has been primarily generated not by the disease itself but by government-imposed restrictions.

Although the official death toll here from Covid-19 is still under 300, the reality is that no one knows – it could be ten times this or even a hundred times. Many poor, rural people are unable to access health care and most deaths and burials take place at home. As the symptoms of Covid-19 vary widely and are not obviously very different from other common fatal conditions, including malaria and pneumonia, it is unlikely to be identified by ordinary people. As there is no systematic recording of deaths there is no excess death count to give a clue. However health professionals have detected possible indications that a smaller proportion of people who get the coronavirus are becoming seriously ill or dying. This might be because there are far fewer old people, or perhaps a degree of immunity due to some other common infection. Again no one knows.

In March the government closed all schools and other educational establishments, followed shortly after by stopping all public and most private transport, including the boda boda motorcycle taxis that most ordinary people use to move around and transport goods. This lockdown in the earlier part of the pandemic has had a devastating impact on many people who struggle in the informal sector. Almost everyone has been affected by the shrinking of what was already a tiny economy. The worst affected are those who depend on their small businesses to survive, like market stallholders, boda boda drivers, barbers, tailors, metalworkers, mechanics and others. For over four months boda bodas were barred from carrying passengers. While teachers on government contracts did not lose their incomes, school closures hit cleaners, cooks and teachers in private schools very hard. Most were in any case on very low monthly incomes – perhaps £10 for a cleaner, barely sufficient for the most basic diet; or £30 for a junior teacher. Only food sellers were allowed to continue trading, and those businesses shrank because their customers had lost their incomes.

Many of these small business owners were forced to use their business capital to survive, and when the lockdown ended they had no means of getting started again. This is where TCS has been focussing its resources over the past few months: between April and July we helps 47 families with money to buy food, while from August to November we have made 38 small business grants of various kinds. In some cases for those with access to land we have also given money to buy seeds so that they can grow some crops to eat and sell.

TCS’s Covid-19 response has been made possible through a major donation we received in June, while our regular supporters have allowed us to continue to do our usual work with varied assistance including medical costs and school fees – schools started re-opening in November,  and we support 18 primary, secondary and vocational students. We are now seeking additional funding to continue with our business grants programme.

Below are some examples of who, and how, we have been able to help.

Sandra is a young widow who had a job cleaning at a local primary school which shut down in March when the government closed all education establishments when the first cases of Covid-19 appeared, and she lost her income. In June she approached TCS and we gave her a monthly allowance for food for her and her three children. In September, with no indication when schools would reopen, we worked with Sandra on a business plan and helped her open a market stall selling second hand shoes, which is now going well.

Joan had a good business bringing second hand clothes from Kampala. She is HIV+ among other health problems, a widow, and has five children of school age. Three were being sponsored by a church charity that provides bursaries, while Joan was paying for the other two (although government primary schools are in theory free, in fact parents have to find costs that are prohibitive for many poorer families). Joan’s business collapsed as a result of the coronavirus lockdown. We already knew the family as we had helped in the past with medical costs, and in April we started to help them cover food costs. In August we gave Joan £250 to restock, and the family have been self-supporting since then.

Agnes is a young mother with epilepsy. In 2018 she fell in a fire when having a seizure and suffered severe burns to her face and hands. She has been given free reconstructive surgery for her hands in Kampala, but depended on TCS to pay for transport to the hospital and the costs of food for her and a young relative who helps care for her and her baby – she has very limited use of her hands, and none when she is recovering from surgery.  We struggled to work out with her whether there was a business she could manage: in partnership with her carer we helped her set up a market stall selling dried fish.

Fatima used to have a business as a tailor, as well as training others, in a town about 80 km from Gulu. In January her eight year old son, already suffering from sickle cell disease, contracted tetanus. Against all odds the boy, Idris, has survived, but he was in Lacor hospital for eight months, and to pay for his treatment Fatima sold all her stock and equipment. In July when her money ran out Fatima approached TCS and we started helping with the costs of Idris’ treatment and food for her, Idris and her baby daughter. In October, when Idris was discharged, we helped with the costs of restarting her business in Gulu, and are paying the fees of two other clients to train with her, benefitting them and helping her business grow. We hope soon to be able to pay for a wheelchair for Idris, who is now permanently disabled.